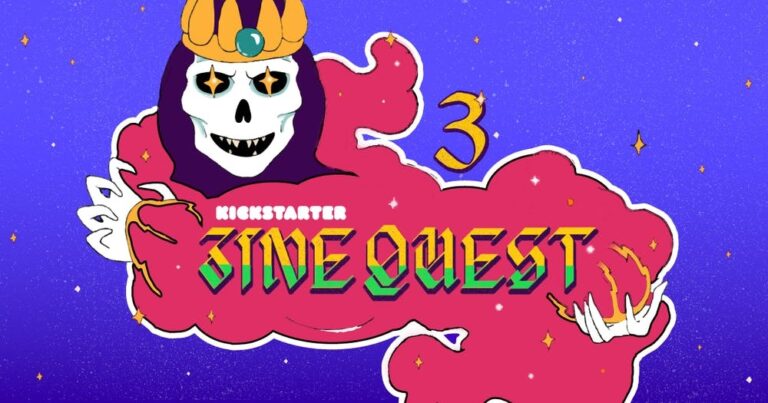 Zines have been blowing up since the popularity skyrocketed from D&D 5th edition. Many independent publishers have been creating unique content such as adventures, and RPGs. Kickstarter recently started a movement in which individuals can launch for 2 weeks their Zine campaigns. You’ll find a variety of Zines from D&D 5e to completely original RPGs for yourself or a group of friends.

So, are you interested in supporting small-time game designers? Open your wallets and check out these 5 ZineQuest campaigns that you should totally back.

Kill Today, Die Tomorrow, or KTDT, is designed by Matt Jowett. The artists involved in this western classic are Jen Shaffer, Ray Frenden, and Ken Duquet. KTDT brings the classic Italian western to the table while holding a fistful of d6s… with a twist. The system encourages players to bring the iconic theme to whatever setting they want. Think of Cowboy Bebop or The Mandalorian or even Cowboy vs. Aliens, you get the idea.

It is a rules-lite RPG where character creation is quick and easy. There are no classes but “Knacks” that the players can choose from. “Knacks” is what defines your character to be unique such as a lean mean bounty hunting machine or smooth criminal talker. The system helps you create your character in minutes and have you playing in no time.

KTDT uses a roll-under mechanic to determine successes and failures. Additionally, all players will know their target numbers to succeed. Sounds simple enough. But what is so different about this game? GUM. Yep, you understood right. Gain Upper-hand (through) Manipulation, or GUM, is an in-game currency where players can spend to do awesome things. At the start of every session, players will roll their initial pool of GUM points, or GP, to then spend them throughout the game. And yes, there is a way to refill your GP. By playing the game and rolling dice, you’ll be able to regain your GP pool.

Is this your kind of hat (game) to flick on? Then check them out. You only have 5 days, though!

3DIE6 is designed and drawn by Kris McClanahan. The system takes place in a subterranean world called The Shimmer. A world of “glowing mushrooms, strange creatures, winding tunnels and death”. It has a dark and gritty tone where the inhabitants of this world are bug-like creatures that walk on two legs, hairy spiders, and hulking worms. The aesthetic resembles the popular YouTube series Salad Fingers.

3DIE6 is an old-school dungeon crawler with elements from other OSR games. The system is easy to learn and quick to play one-shot games. It uses, as the name suggests, 3 d6s, your character sheet, and “markers” or coins to keep track of other things. You can play this RPG with friends or play alone and conquer the world of The Shimmer.

OSR games usually have a basic formula of rolling dice, adding modifiers to your roll, and see the outcome. With 3DIE6, in certain situations like combat or special challenges, you get to do a 3DIE6 check. In doing this type of check, each d6 represents different actions – the Attack/Interact die, the Defense/Challenge die, and the Effect die. After adding the necessary modifiers to each die, certain actions occur to your bug-like-solider or to the enemy in front of you.

Are you ready to crawl further down into the darkened tunnels of The Shimmer? Then check them out. You only have 7 days, though!

The Lighthouse at the Edge of the Universe

The Lighthouse is designed and drawn by Ella Lim. You are the keeper of the lighthouse. You float at the edge of the universe to keep “travelers and ships from falling off the edge”. The system is a solo journaling game where the player uses dice, a coin, and a pack of cards to complete certain tasks.

You’ll record duties, observations, and events in your logbook. You’ll perhaps write long entries in certain sessions. The Lighthouse is perfect to play during the night or right before going to bed. Each night you’ll notice that the lighthouse will be a little different. Each task is unique where some may take 15 minutes or others where it may take more. It is a system to be meditative and reflective. There is no end to the starry night journey with the lighthouse.

The logbook entries always start with “observations of the weather”. Depending on the weather, it will cause misfortune to you or the lighthouse. This in turn will make you do certain tasks to keep the lighthouse running. You will have time to reflect and observe other travelers and creatures passing by the edge of the universe.

Want to be the keeper of your own lighthouse? Go check Ella’s campaign. You only have 2 days, though! Better hurry!

See You, Space Cowboy is designed by Onslaught Six. Inspired by Cowboy Bebop and other late 90s anime, you join a group of Outlaws, bounty hunters, to do certain tasks. You propel across the galaxy and fight your way for that juicy paycheck. Want to be part of a grand heist? What about running from some bubs at a bar? Maybe you’ll want to get in an epic firefight across the stars and be the next great Spike Spiegel? You bet your ass.

See You, Space Cowboy uses a polyhedral dice set where each die – d6, d8, d10, and a d12 – represents a Trait. Broken into 4 categories, each Trait expands to Muscles, Moves, Brains, and Cool. The system is easy for the GM and immersive for the players. It resembles PbtA, where the players create their story, and the GM helps them pave the way.

If you’re the type of “whatever happens, happens…”, then you would want to check out this game. There are 11 days to go.

The Door Locks Behind You

The Door Locks Behind You is designed by Deldon and the artists involved are Ben Fox and Cenza. You are a champion, the most skilled and strongest of your tribe. You must claim the pieces of the ancient Relics of Power. Once claimed, you are to put away once and for all the Tyrant who terrorizes your lands. But there is one problem. The relics are locked away in puzzling and warping labyrinths.

The Door Locks Behind You is a fantastic homage to The Legend of Zelda where resource management is vital. You must plan carefully with your party and succeed in slaying horrible monsters. If you fail… you’ll be on your feet in no time. But the number of items you can carry decreases. You must succeed in slaying the monster before it destroys all your weapons and shields.

The rulebook will include everything that a GM needs to create fascinating dungeons, compelling one-shots, and intriguing puzzles.

It’s dangerous to go alone. Take this… A link to check out The Door Locks Behind You! There are 11 days to go.

Learn the Essentials of Kickstarter Marketing to Demolish Your Funding Goal